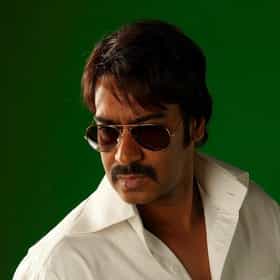 Vishal Devgan (born 2 April 1969), known professionally as Ajay Devgn, is an Indian film actor, director and producer. He is widely considered as one of the most popular and influential actors of Hindi cinema, who has appeared in over a hundred Hindi films. Devgn has won numerous accolades, including two National Film Awards and four Filmfare Awards. In 2016, he was honoured by the Government of India with the Padma Shri, the fourth-highest civilian honour of the country.Devgn began his professional career with Phool Aur Kaante in 1991 and received a Filmfare Award for Best Male Debut for his performance. He then starred in successful films such as Jigar (1992), Sangram (1993), ... more on Wikipedia

Ajay Devgan is also found on...