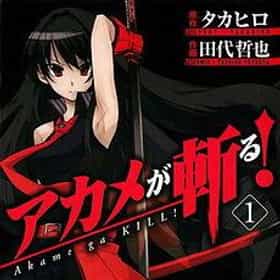 Akame ga KILL! is ranked on...