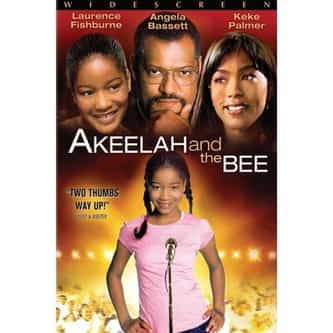 Tagline
Changing the world... one word at a time.

Akeelah and the Bee is a 2006 American drama film written and directed by Doug Atchison. It tells the story of Akeelah Anderson, an 11-year-old girl who participates in the Scripps National Spelling Bee, her mother, her schoolmates, and her coach, Dr. Joshua Larabee. The cast also features Curtis Armstrong, J.R. Villareal, Sean Michael Afable, Erica Hubbard, Lee Thompson Young, Julito McCullum, Sahara Garey, Eddie Steeples, and Tzi Ma. The film was developed over a period of 10 years by ... more on Wikipedia

Akeelah and the Bee IS LISTED ON