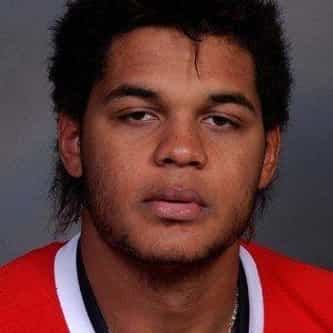 Akim Aliu (born April 24, 1989) is a Canadian professional ice hockey player who is currently an unrestricted free agent, he most recently played with the Orlando Solar Bears in the ECHL. Aliu was a second round selection of the Chicago Blackhawks, 56th overall, in the 2007 NHL Entry Draft and has played for several AHL and ECHL teams in both the Blackhawks and Atlanta Thrashers/Winnipeg Jets organizations before a trade to the Calgary Flames. Aliu made his NHL debut on April 5, 2012. ... more on Wikipedia