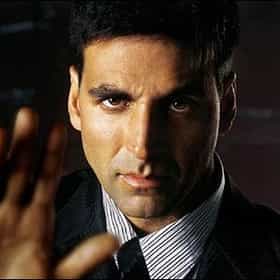 Rajiv Hari Om Bhatia (born 9 September 1967), known professionally as Akshay Kumar, is an Indian-born Canadian actor, producer, television personality, martial artist, stuntman and philanthropist who works in Bollywood films. In a career spanning over 29 years, Kumar has appeared in over 100 films and has won several awards, including the National Film Award for Best Actor for his performance in Rustom (2016), and two Filmfare Awards for Ajnabee (2001) and Garam Masala (2005). Kumar is one of the most prolific actors of Indian cinema, having starred in 110 films, including 29 commercially successful films. He was the first Bollywood actor whose films' domestic net lifetime collections ... more on Wikipedia

Akshay Kumar is ranked on...

#1792 of 2,828 The Most Influential People of All Time 2.4M VOTES This is a list of the most influential people of all of human history. This means that the individuals on this list have had...
Famous People Whose Last Name Is Kumar 5.6k VIEWS Being a fairly common name, it's no surprise there are a lot of famous people with the last name Kumar. Do you recognize all...
#13 of 30 The Best People Magazine Covers 1.3k VOTES List of the most memorable People Magazine covers, featuring the coolest photographs, sexiest celebrity shots, and most in...

Akshay Kumar is also found on...