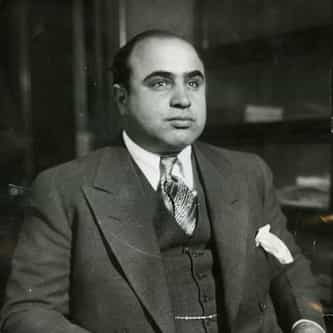 Alphonse Gabriel "Al" Capone (, Italian: [kaˈpoːne]; born January 17, 1899 – January 25, 1947), sometimes known by the nickname "Scarface", was an American gangster and businessman who attained notoriety during the Prohibition era as the co-founder and boss of the Chicago Outfit. His seven-year reign as crime boss ended when he went to prison at age 33. Capone was born in New York City in 1899 to Italian immigrant parents. He joined the Five Points Gang as a teenager, ... more on Wikipedia

1.2M readers Al Capone's Brain Was Rotted By Syphilis To The Point Where He Was 'Functionally A 12-Year-Old'

Al Capone IS LISTED ON