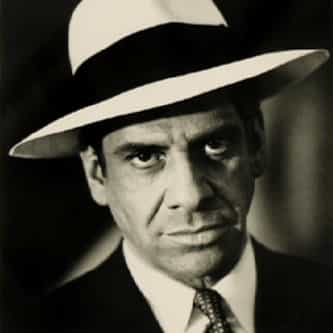 Alfredo Lettieri (February 24, 1928 – October 18, 1975) was an American actor and screenwriter. During his career he acted with some of Hollywood's biggest screen stars, including Steve McQueen in The Getaway, Charles Bronson in Mr. Majestyk, John Wayne in McQ, Richard Harris in The Deadly Trackers, Michael Caine and Mickey Rooney in Pulp, and Marlon Brando and Al Pacino in The Godfather. In most of those roles he was cast as a villain and was sometimes credited as Anthony Lettieri. ... more on Wikipedia