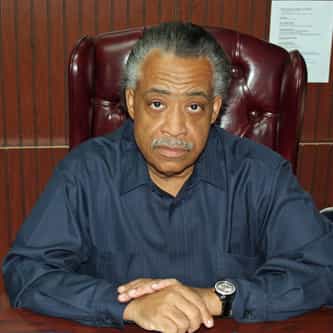 Alfred Charles Sharpton Jr. (born October 3, 1954) is an American civil rights activist, Baptist minister, talk show host and politician. Sharpton is the founder of the National Action Network. In 2004, he was a candidate for the Democratic nomination for the U.S. presidential election. He hosts his own radio talk show, Keepin' It Real, and he makes regular guest appearances on cable news television. In 2011, he was named the host of MSNBC's PoliticsNation, a nightly talk show. In 2015, ... more on Wikipedia

Al Sharpton IS LISTED ON