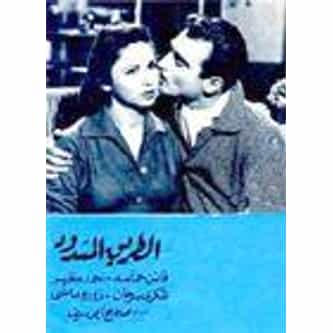 Al-Tareeq al-Masdood is a 1958 Egyptian drama/romance film. Directed by the Egyptian film director Salah Abu Seif, this film is based on a novel with the same name written by the Egyptian novelist Ihsan Abdel Quddous. The film was co-written by El Sayed Bedeir and the Nobel Prize-winning writer Naguib Mahfouz. It starred Faten Hamama and Ahmed Mazhar. The film received an award from the Egyptian Catholic Center for Cinema and was selected one of the top 150 films in Egypt in 1996. ... more on Wikipedia