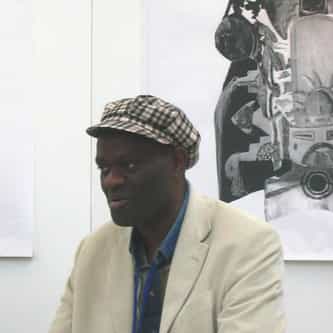 Alain Mabanckou (born 24 February 1966) is a novelist, journalist, poet, and academic, a French citizen born in the Republic of the Congo, he is currently a Professor of Literature at UCLA. He is best known for his novels and non-fiction writing depicting the experience of contemporary Africa and the African diaspora in France. He is among the best known and most successful writers in the French language and one of the best known African writers in France. In some circles in Paris he is ... more on Wikipedia