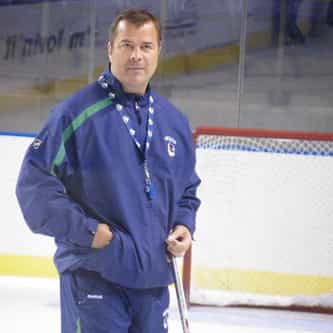 Alain Vigneault (born May 14, 1961) is a Canadian professional ice hockey head coach for the Philadelphia Flyers of the National Hockey League (NHL). Vigneault has previously coached the Montreal Canadiens, Vancouver Canucks, and the New York Rangers in the NHL, as well as in the Quebec Major Junior Hockey League (QMJHL). During his career with the Canucks, he won the Jack Adams Award as the NHL's top coach of the year in 2006–07 and has become the team's record holder for wins as a coach. ... more on Wikipedia

Alain Vigneault IS LISTED ON