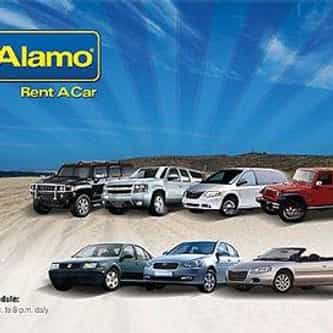 Alamo Rent a Car is the third-largest car rental agency in the United States. Based in Clayton, Missouri, it has branches across the United States, Canada, Mexico, Central America, South America, parts of Africa, Europe, and Australia, and various Caribbean islands. The chain was started in 1974 with several locations in the state of Florida, and earned public appeal for its unlimited mileage program, where people could travel any distance with the car at no extra charge. In the United ... more on Wikipedia

Alamo Rent a Car IS LISTED ON