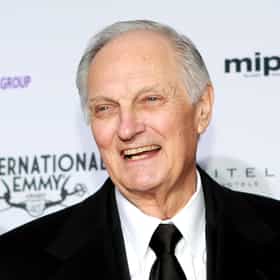 Alan Alda (; born Alphonso Joseph D'Abruzzo; January 28, 1936) is an American actor, director, screenwriter, comedian and author. A six-time Emmy Award and Golden Globe Award winner, he played Hawkeye Pierce in the war television series M*A*S*H (1972–1983). He has also appeared on television programs such as Scientific American Frontiers, The West Wing, and 30 Rock, and in films such as Same Time, Next Year (1978) and Crimes and Misdemeanors (1989). He also experienced success as a director with 1981's The Four Seasons. In 2004, Alda was nominated for the Academy Award for Best Supporting Actor in The Aviator. ... more on Wikipedia

Alan Alda is ranked on...

Alan Alda is also found on...