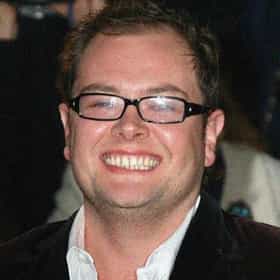 Alan Graham Carr (born 14 June 1976) is an English comedian and television personality. Carr was born in Weymouth, Dorset, and spent most of his childhood in Northampton before moving to Chorlton-cum-Hardy, Manchester, where he began his comedy career. Carr's breakthrough was in 2001, winning the City Life Best Newcomer of the Year and the BBC New Comedy Awards. In the ensuing years, his career burgeoned on the Manchester comedy circuit before he became well known for hosting The Friday Night Project with Justin Lee Collins. This led to the release of a short-lived entertainment show Alan Carr's Celebrity Ding Dong in 2008 and, eventually, his popular comedy chat show Alan Carr: Chatty ... more on Wikipedia

Alan Carr is ranked on...

Alan Carr is also found on...