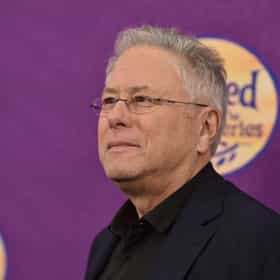 The Best Musicals by Alan Menken 290 votes Alan Menken is one of the most revered composers in musical theater. Hs name is closely associated with the film scores for ...

Alan Menken is ranked on...

#24 of 132 The Best Soundtrack Composers 1.7k VOTES When you're watching movies, the music in the background often plays an essential role in shaping the mood of what you're se...
#24 of 184 The Best Film Score Composers 3.6k VOTES Film score artists list, with photos, ranked best to worst by votes. List of good film score bands includes a filter so you ...

Alan Menken is also found on...