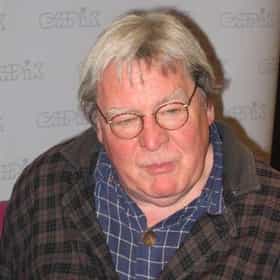 Sir Alan William Parker (born 14 February 1944) is an English film director, producer and screenwriter. Parker's early career, beginning in his late teens, was spent as a copywriter and director of television advertisements. After about ten years of filming adverts, many of which won awards for creativity, he began screenwriting and directing films. Parker is noted for having a wide range of filmmaking styles and working in differing genres. He has directed musicals, including Bugsy Malone (1976), Fame (1980), Pink Floyd – The Wall (1982), The Commitments (1991) and Evita (1996); true-story dramas, including Midnight Express (1978), Mississippi Burning (1988), Come See the Paradise ... more on Wikipedia

Alan Parker is ranked on...

Alan Parker is also found on...