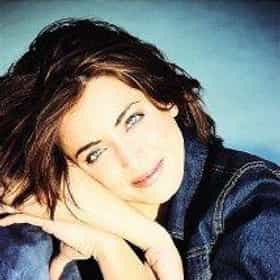 Alanna Noel Ubach (born October 3, 1975) is an American actress known for her roles in Coco as Mama Imelda, Legally Blonde as Serena McGuire and Meet the Fockers as Isabel Villalobos. She has provided voices for several characters in a number of animated television shows and movies, such as Liz Allan on The Spectacular Spider-Man, the title character on El Tigre: The Adventures of Manny Rivera, Lola Boa on Brandy & Mr. Whiskers, Strudel on Pound Puppies and four characters in the Oscar-winning animated film Rango. She played the first female assistant, Josie, on Beakman's World. ... more on Wikipedia

Alanna Ubach is ranked on...

#13 of 18 'Bombshell' Actors Vs. The Real-Life People They're Playing 1.5k VOTES When news first broke in 2016 about harassment accusations leveled against Fox News CEO Roger Ailes by one of his network's ...

Alanna Ubach is also found on...