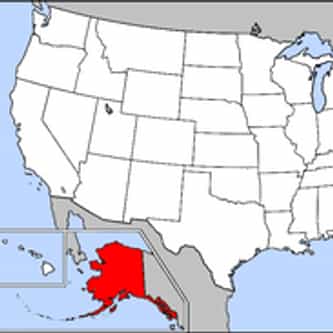 Alaska is a U.S. state situated in the northwest extremity of the North American continent. Bordering the state to the east is the Canadian territory of Yukon and the Canadian province of British Columbia, the Arctic Ocean to the north, and the Pacific Ocean to the west and south, with Russia further west across the Bering Strait. Alaska is the largest state in the United States by area, the 4th least populous and the least densely populated of the 50 United States. Approximately half of ... more on Wikipedia

466.8k readers Inside Whittier, Alaska, The Town Where Everyone Lives In The Same Exact Building

70.5k readers 10 Ice Cold Killers From Alaska That Will Make You Fear The Last Frontier

Alaska IS LISTED ON