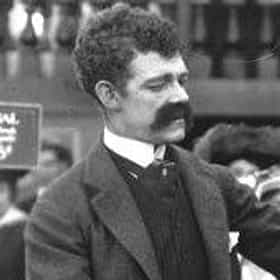 Albert Austin (December 13, 1881-August 17, 1953) was an English actor, film star, director, and script writer, noted mainly for his work in Charlie Chaplin films. He was born in Birmingham, Warwickshire, England and was a music hall performer before going to the U.S. with Chaplin, both as members of the Fred Karno troupe in 1910. Noted for his painted handlebar moustache and acerbic manner, he worked for Chaplin's stock company and played supporting roles in many of his films, often as a foil to the star and working as his assistant director. After the development of sound films, he moved into scriptwriting, directing, and acting, chiefly in comedy short subjects. Among other things, ... more on Wikipedia

Albert Austin is ranked on...

Famous People Whose Last Name Is Austin 3.1k VIEWS Being a fairly common name, it's no surprise there are a lot of famous people with the last name Austin. Do you recognize al...

Albert Austin is also found on...