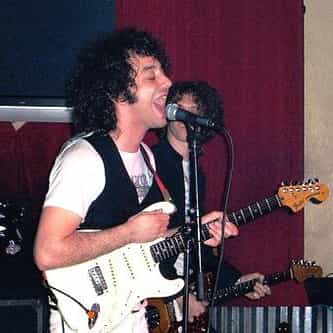 Albert Hammond Jr. (né Hammond III; born April 9, 1980) is an American guitarist, singer, songwriter and music producer. He is most famous for his role as rhythm and lead guitarist, as well as occasional keyboard player and backing vocalist, in the American rock band The Strokes. He is the son of singer-songwriter Albert Hammond. Hammond Jr. released his debut album Yours To Keep in 2006 and followed up with ¿Cómo Te Llama? in 2008, an EP, AHJ, in 2013, and a third ... more on Wikipedia

Albert Hammond, Jr. IS LISTED ON

what did nero do, american chain restaurants, songs like puff the magic dragon, poolside accessories ideas, breaking the law song, croods the whole movie, manga about acting, what instrument family is the keyboard in, tv like black mirror, fairy tail tropes