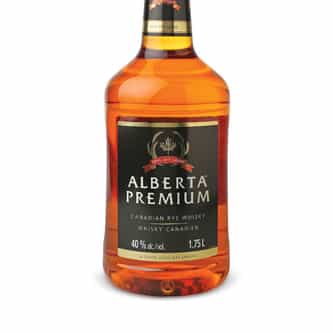 Alberta Premium is one of the few remaining 100% rye grain rye whiskies produced in North America. The brand is owned by Beam Suntory Alberta Premium won "Canadian Whisky of the Year" in Jim Murray's 2006, 2007, 2008 and 2009 Whisky Bibles. The whisky is quite strongly flavoured for a Canadian whisky, and could be considered less approachable. There is a distinctively firm, somewhat acid note from the rye grain, which distinguishes Alberta Premium to any taster in a blind lineup ... more on Wikipedia

Alberta Premium IS LISTED ON