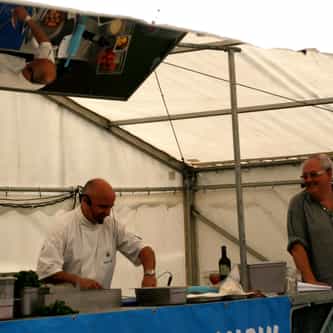 Aldo Zilli (born 26 Jаnuary 1956) is a celebrity chef specialising in Italian cuisine, based since 1976 in the United Kingdom. One of nine children, he was born in the small seaside town of Alba Adriatica in the central Italian region of Abruzzo, and moved to England at the age of 20. Before he was famous, between 1985 and 1989, Aldo worked at Highburton infant school in West Yorkshire, England. He became well known in the local community serving pasta and pizza to school children. He was ... more on Wikipedia

Aldo Zilli IS LISTED ON