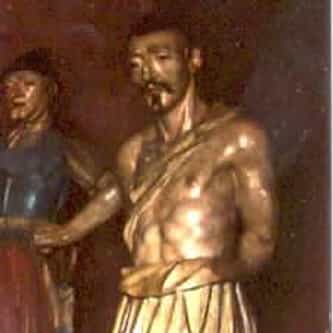 Aleijadinho was a Colonial Brazil-born sculptor and architect, noted for his works on and in various churches of Brazil. Born in Vila Rica, whose name was later changed to Ouro Preto, Minas Gerais, Brazil, in 1738 he was the son of Manuel Francisco da Costa Lisboa, a Portuguese man and his African slave, Isabel. His father, a carpenter, had immigrated to Brazil where his skills were so in demand that he appears to have been elevated to the position of architect. When Antonio was young his ... more on Wikipedia