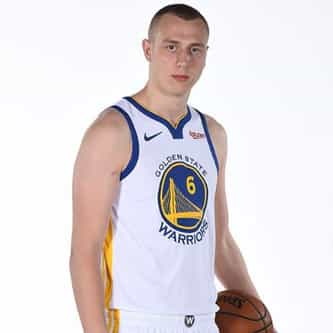 Alen Smailagić (Serbian Cyrillic: Ален Смаилагић, born August 18, 2000) is a Serbian professional basketball player for the Golden State Warriors of the National Basketball Association (NBA). Smailagić is the youngest player in history to play in the NBA G League. Smailagić was drafted as the 39th pick of the 2019 NBA draft by the New Orleans Pelicans. He is the third international player drafted into the NBA from the NBA G League, joining Greek forward Thanasis Antetokounmpo and Nigerian ... more on Wikipedia

Alen Smailagic IS LISTED ON