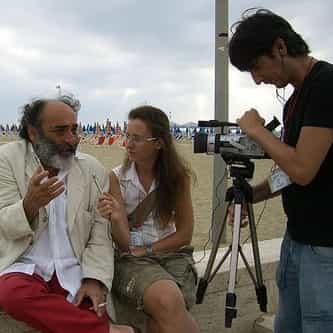 Alessandro Haber (born 19 January 1947) is an Italian actor, film director and singer. Haber was born in Bologna in a Jewish family of mixed ancestry (his father was a Romanian Jew and his mother Italian) and spent his childhood in Israel. His movie debut was in 1967 with La Cina è vicina by Marco Bellocchio. His first leading role was in Pupi Avati's Regalo di Natale.Haber directed his only movie in 2003 with Scacco pazzo.He is also a distinguished theatre actor, having performed ... more on Wikipedia

Alessandro Haber IS LISTED ON