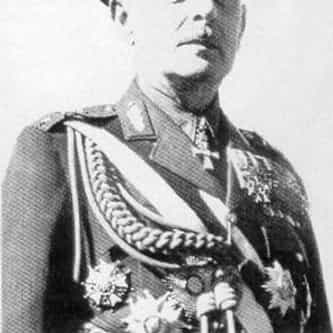 Alexandros Papagos (Greek: Αλέξανδρος Παπάγος; 9 December 1883 – 4 October 1955) was a Greek Army officer who led the Hellenic Army in World War II and the later stages of the Greek Civil War. The only Greek career officer to be raised to the rank of Field Marshal, he became the first Chief of the Hellenic National Defence General Staff from 1950 until his resignation in 1951. He then entered politics, founding the Greek Rally party and becoming the country's Prime Minister after his ... more on Wikipedia