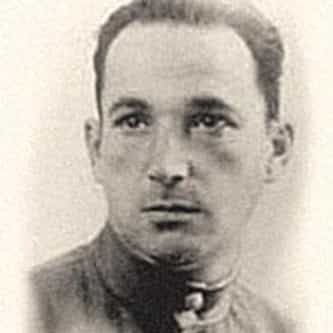 Alexander 'Sasha' Pechersky (Russian: Алекса́ндр Аро́нович Пече́рский; 22 February 1909 – 19 January 1990) was one of the organizers, and the leader, of the most successful uprising and mass-escape of Jews from a Nazi extermination camp during World War II; which occurred at the Sobibor extermination camp on 14 October 1943. In 1948, Pechersky was arrested by the Soviet authorities along with his brother during the countrywide Rootless cosmopolitan campaign against Jews suspected of ... more on Wikipedia