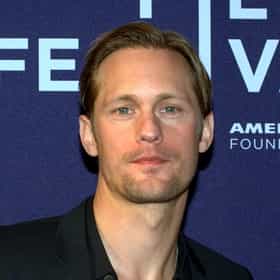 Alexander Johan Hjalmar Skarsgård (born 25 August 1976) is a Swedish actor. He is best known for his roles as vampire Eric Northman on the HBO series True Blood, Meekus in Zoolander, the title character in The Legend of Tarzan, Brad Colbert in the HBO miniseries Generation Kill, and Perry Wright in the HBO series Big Little Lies, for which he won a Primetime Emmy Award for Outstanding Supporting Actor in a Limited Series or Movie, a Screen Actors Guild Award for Outstanding Performance by a Male Actor in a Miniseries or Television Movie, and a Golden Globe Award for Best Supporting Actor – Series, Miniseries, or Television Film. ... more on Wikipedia

Alexander Skarsgård is ranked on...

Alexander Skarsgård is also found on...