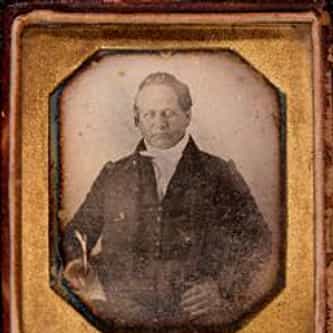 Alexander Lucius Twilight (September 23, 1795 – June 19, 1857) was an American educator, minister and politician. He is the first African-American man known to have earned a bachelor's degree from an American college or university, graduating from Middlebury College in 1823. He was licensed as a Congregational preacher and worked in education and ministry all his career. In 1829 Twilight became principal of the Orleans County Grammar School. There he designed and built Athenian Hall, the ... more on Wikipedia

Alexander Twilight IS LISTED ON