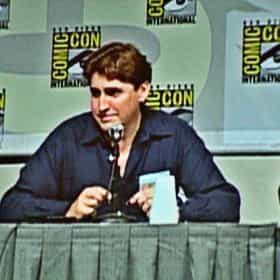 Alfred Molina is ranked on...

#156 of 282 People who voted for Alfred Molina... also upvote Lord of the Rings Franchise on The Best Movies of All Time also upvote Bourne Franchise on The Best Movies of All Time The Best (Male) Actors Working Today 1.5M VOTES The best actors working today include Hollywood legends, Academy Award winners and many of the top up and coming actors in t...
#278 of 331 The Greatest Actors Who Have Never Won an Oscar (for Acting) 457.6k VOTES There are many actors who haven't won an Oscar. For 95 percent of the acting population, there is probably a good reason the...
#73 of 257 The Best Marvel Movie Actors Ever 578.6k VOTES Ah Marvel movies. It began in 1944 with serialized films of Captain America and 70 years later, are one of the biggest, most...
#7 of 22 Famous People You Never Realized Are British, Ranked By How Surprised You Were When You Found Out 11.2k VOTES Actors and even some musicians from across the pond seem to do exceptionally well in American pop culture, movies, and ...
#47 of 75 The Best WTF With Marc Maron Podcast Episodes Of 2019 50 VOTES Since Marc Maron's first episode of WTF in 2009, his podcast has touched on a deep and broad range of topics that varies wit...
#2 of 20 All The Actors Who Played The Villain In 'Spider-Man' Movies 1.8k VOTES Everyone's friendly neighborhood Spider-Man sure has a lot of enemies, as evidenced by this massive list. That’s right,...
#37 of 58 The Best Law & Order SVU Guest Stars 8.4k VOTES If you’re an actor in New York, chances are that you have been or will be on Law & Order SVU. Like the slow heat death o...
Every Single Celebrity Who Has Guest Starred on Drunk History 7.7k VIEWS Comedy Central's Drunk History has it all, from the boozy narration of notable historic moments to rotating cast members who...

Alfred Molina is also found on...