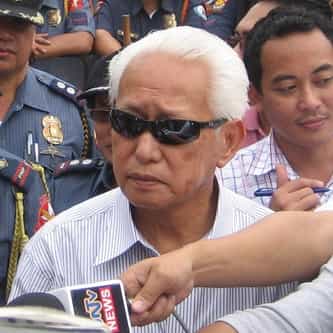 Alfredo "Fred" Siojo Lim (Chinese: 林雯洛; pinyin: Lín Wénluò; Pe̍h-ōe-jī: Lîm Bûn-lo̍k; born 21 December 1929) is a Chinese Filipino politician who served as a Senator of the Philippines, Lim is known as a longtime Mayor of Manila serving in four non-consecutive terms. Prior to entering politics, Lim served as a policeman for three decades. During the administration of President Corazon Aquino, he was appointed as the Director of the National Bureau ... more on Wikipedia

Alfredo Lim IS LISTED ON