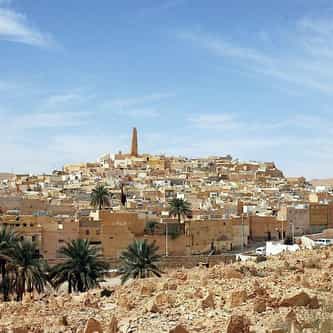 Algeria, officially People's Democratic Republic of Algeria, is a country in North Africa on the Mediterranean coast. Its capital and most populous city is Algiers. With a total area of 2,381,741 square kilometres, 90% of which is desert, Algeria is the tenth-largest country in the world, and the largest in Arab world and Africa and on the Mediterranean. The country is bordered in the northeast by Tunisia, in the east by Libya, in the west by Morocco, in the southwest by Western Sahara, ... more on Wikipedia

Algeria IS LISTED ON