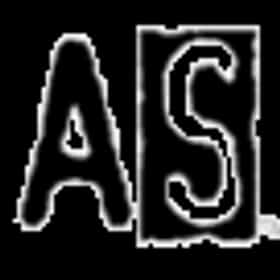 Alias is an American spy-action television series created by J. J. Abrams, which was broadcast on ABC for five seasons, from September 30, 2001, to May 22, 2006. It stars Jennifer Garner as Sydney Bristow, a double-agent for the Central Intelligence Agency posing as an operative for SD-6, a worldwide organization. The main theme of the series explores Sydney's obligation to conceal her true career from her friends and family, even as she assumes multiple aliases to carry out her missions. These themes are most prevalent in the first two seasons of the show. ... more on Wikipedia

Alias is ranked on...

#303 of 779 The Best TV Shows to Binge Watch 1.2M VOTES Bored? Not anymore! These are the best TV shows for binge-watching. The greatest television shows in the world are ranked he...
#100 of 142 The Worst TV Series Finales Ever 162.7k VOTES The worst final episodes of great TV shows have a history almost as old as TV itself. Whenever an audience becomes so invest...
#307 of 2,298 The Greatest TV Shows Of All Time 1.4M VOTES Choosing the best TV shows of all time means taking into account the best TV dramas, the best TV comedies, the best cartoons...
#28 of 264 The Best Female-Led TV Shows 24.4k VOTES While society has by no means reached actual equality, in the last few years television viewers have started to see an uptic...
#139 of 383 People who voted for Alias... also upvote Lord of the Rings Franchise on The Best Movies of All Time The Best TV Shows of The Last 20 Years 1.5M VOTES This best TV show list represents the combined opinions of thousands of TV fans. Anyone can vote on this list of the best TV...
#124 of 147 The Greatest TV Title Sequences Ever 43.1k VOTES The greatest TV title sequences of all time are those memorable opening credits scenes from many of the best TV shows of all...
#25 of 25 The Best TV Shows That Never Won A Single Emmy 1k VOTES Emmy snubs are a common complaint of television fans as there are some series with zero Emmys that just seem to have ro...
#43 of 128 People who voted for Alias... Women are 2x more likely to vote for this also upvote James Bond Franchise on Every James Bond Movie, Ranked Best to Worst Canceled Shows We'd Most Like to See as Movies 204.9k VOTES This list of canceled shows we'd like to see as movies includes a lot of huge cult favorites. Obviously this list isn't comp...
#17 of 25 What to Watch If You Love Lost 652 VOTES If you’ve just finished binge watching Lost, you’re probably wondering about other shows like Lost. What’s next? While nothi...
#48 of 150 The Best Action-Adventure TV Shows 39.7k VOTES The very best action/adventure shows on television, ranked from best to worst. This list of the greatest in your face explos...
#148 of 476 The Best Television Shows of the 2000s 145.8k VOTES Some great TV shows came out of the 2000s, while some have even lived on. Here's a list of the best shows that aired from 20...
#54 of 140 The Greatest Thriller Shows in TV History 34.4k VOTES These are the best nail-biting, edge-of-your-seat thriller shows on television, ranked from best to worst. This list of the ...
#37 of 103 The Best Action TV Shows Of All Time 25.9k VOTES The very best action shows on television, ranked from best to worst. Popular action TV shows have been a staple of televisio...
#21 of 96 The Very Best Shows & Movies About Revenge 572 VOTES They say revenge is a dish best served cold, but that's not the only saying about revenge. Another is that if you plan on se...
#17 of 33 The Greatest TV Shows About Technology 897 VOTES The one thing that remains ubiquitous in all our lives is technology, and you might even say the same for shows about techno...
#4 of 19 The Best J.J. Abrams Shows and TV Series 2.7k VOTES J.J. Abrams shows list, ranked best to worst, including images of the shows when available. These TV series made by TV creat...
#40 of 50 The Best Serial Drama TV Shows 1.4k VOTES It's no secret America loves drama. Which shows that include over-the-top scenarios and intense characters are the best of t...
#22 of 33 The Best 2000s Action TV Series 1.8k VOTES The 2000s were a great decade for shows with total non-stop action! These are the best 2000s Action TV series, ranked from b...
#10 of 42 The Best Recent Spy Shows and Movies 665 VOTES The spy movie and film genre has included some of Hollywood's greatest films of all time. Classics like Dr. No, the first Ja...
#17 of 20 What to Watch If You Love Kingsman 706 VOTES Movies based on comic books are a hot commodity in Hollywood these days and they aren't limited to the best of DC and Marvel...
#15 of 30 The Best 2000s Adventure TV Series 806 VOTES These are the very best 2000s adventure TV series, ranked from best to worst by user votes. Since adventure is something tha...

Alias is also found on...