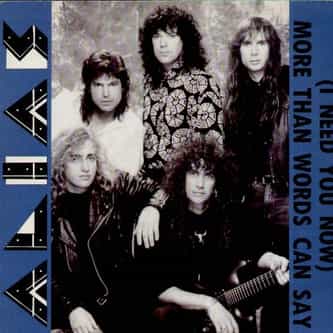 Alias is a Canadian glam metal/hard rock supergroup, formed in 1988 in Toronto by vocalist Freddy Curci and guitarist Steve DeMarchi of the Canadian arena rock band Sheriff, along with Heart founding members Roger Fisher, Steve Fossen, and Mike DeRosier. The band released its self-titled debut album in 1990 which went gold in the US and platinum in Canada, scoring hits with the power ballad "More Than Words Can Say", "Waiting for Love" and "Haunted Heart". ... more on Wikipedia

Alias IS LISTED ON