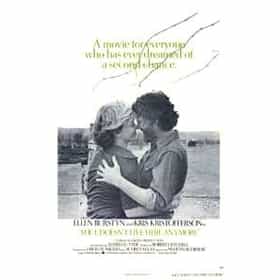 Alice Doesn't Live Here Anymore is a 1974 American comedy-drama film directed by Martin Scorsese and written by Robert Getchell. It stars Ellen Burstyn as a widow who travels with her preteen son across the Southwestern United States in search of a better life, along with Alfred Lutter as her son and Kris Kristofferson as a man they meet along the way. This is Martin Scorsese's fourth film. The film co-stars Billy "Green" Bush, Diane Ladd, Valerie Curtin, Lelia Goldoni, Lane Bradbury, Vic Tayback, Jodie Foster, and Harvey Keitel. Ellen Burstyn won the Academy Award for Best Actress and the BAFTA Award for Best Actress in a Leading Role for her performance, and the film won ... more on Wikipedia