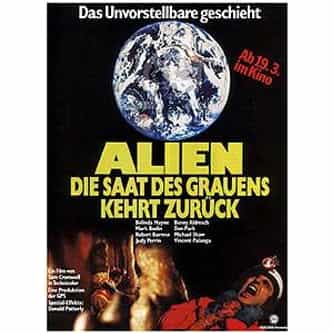 Alien Terror, also known as Alien 2 and Strangers, is a 1980 science fiction film, written and directed by Ciro Ippolito before the trademark Alien was registered. It was released following the success of the 1979 film Alien as an unofficial sequel, albeit having little connection to the film. The film features a score by Guido De Angelis and Maurizio De Angelis, performed by the composers under the pseudonym Oliver Onions. Midnight Legacy released the film on DVD and Blu-ray on March 22, ... more on Wikipedia

Alien Terror IS LISTED ON