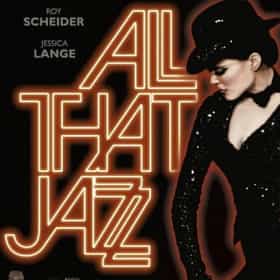 All That Jazz is a 1979 American musical film directed by Bob Fosse. The screenplay by Robert Alan Aurthur and Fosse is a semi-autobiographical fantasy based on aspects of Fosse's life and career as dancer, choreographer and director. The film was inspired by Bob Fosse's manic effort to edit his film Lenny while simultaneously staging the 1975 Broadway musical Chicago. It borrows its title from the Kander and Ebb tune All That Jazz in that production. The film won the Palme d'Or at the 1980 Cannes Film Festival. ... more on Wikipedia

All That Jazz is ranked on...

All That Jazz is also found on...