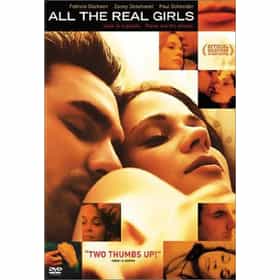 All the Real Girls

All the Real Girls is a 2003 American romantic drama film written and directed by David Gordon Green and is about the romance between a young, small-town womanizer and his best friend’s sexually inexperienced younger sister. It debuted at the Sundance Film Festival on January 19, 2003. While the film fared poorly at the box office, it was generally well received by critics and was nominated for several awards when it was shown at film festivals. It stars Paul Schneider, Zooey Deschanel, Shea Whigham and Patricia Clarkson. ... more on Wikipedia

All the Real Girls is ranked on...

All the Real Girls is also found on...