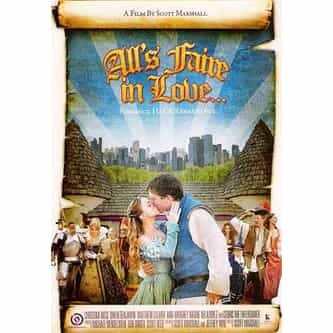 All's Faire in Love is a 2009 romantic comedy film directed by Scott Marshall and written by R. A. White and Jeffrey Ray Wine. The film stars Owen Benjamin as Will, a college student who is assigned to work at a renaissance fair by his professor after missing several classes, and Christina Ricci as Kate, an investment banker who leaves her job to work at the fair. The film was shot primarily at the Michigan Renaissance Festival. Local residents, costumed participants and fairegoers were ... more on Wikipedia

All's Faire in Love IS LISTED ON