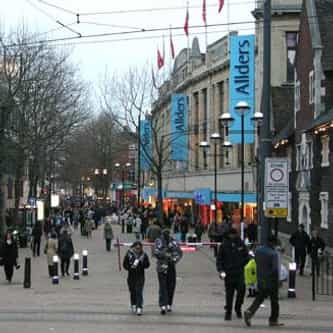 Allders was an independent department store operating in the United Kingdom. Established by Joshua Allder in 1862, Allders developed into a chain of department stores across England and Wales. Its flagship store in Croydon was the third-largest department store in the United Kingdom. The chain was broken up and sold after entering administration in 2005, although the Croydon store continued trading until 2012, having been purchased by Harold Tillman, owner of the Jaeger clothing company. ... more on Wikipedia