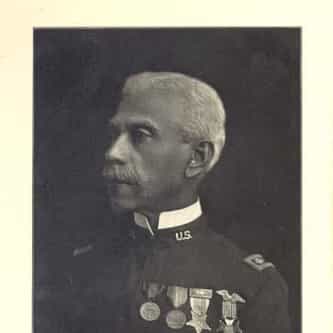 Allen Allensworth (7 April 1842 – 14 September 1914), born into slavery in Kentucky, escaped during the American Civil War and became a Union soldier; later he became a Baptist minister and educator, and was appointed as a chaplain in the United States Army. He was the first African American to reach the rank of lieutenant colonel. He planted numerous churches, and in 1908 founded Allensworth, California, the only town in the state to be founded, financed and governed by African Americans. ... more on Wikipedia

Allen Allensworth IS LISTED ON