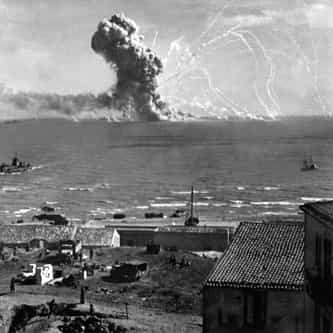 The Allied invasion of Sicily, codenamed Operation Husky, was a major World War II campaign, in which the Allies took Sicily from the Axis Powers. It was a large scale amphibious and airborne operation, followed by six weeks of land combat. It launched the Italian Campaign. Husky began on the night of 9–10 July 1943, and ended on 17 August. Strategically, Husky achieved the goals set out for it by Allied planners; the Allies drove Axis air, land and naval forces from the island and the ... more on Wikipedia

Allied invasion of Sicily IS LISTED ON