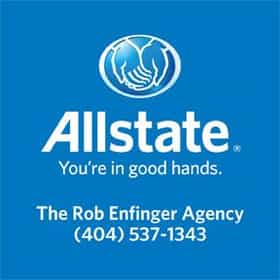 The Allstate Corporation is the third largest personal lines insurer in the United States and the largest that is publicly held. The company also has personal lines insurance operations in Canada. Allstate was founded in 1931 as part of Sears, Roebuck and Co., and was spun off in 1993. The company has its headquarters in Northfield Township, Illinois, near Northbrook. Its current advertising campaign, in use since 2004, asks, "Are you in good hands?" The corporate spokesperson is Dennis Haysbert. Allstate sponsors many sporting events, including the Allstate Sugar Bowl and the United States Olympic Committee. In 2009, Allstate's total revenue was $32 billion, of which $26.2 ... more on Wikipedia

Allstate is ranked on...

#5 of 21 The Best Car Insurance Companies 1.1k VOTES These days, it has never been less safe to drive. The roads are filled with texting teenagers, people with road rage, and th...

Allstate is also found on...