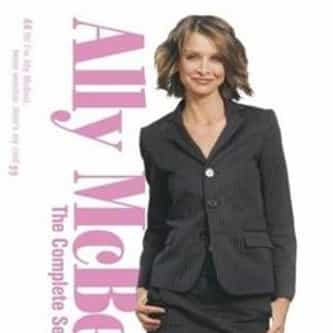 The fourth season of the television series Ally McBeal commenced airing in the United States on October 12, 2000, concluded on May 21, 2001, and consisted of 23 episodes. The entire season originally aired Mondays at 9pm, just like the seasons before. It was released on DVD as a six disc boxed set under the title of Ally McBeal: Season Four on February 10, 2002, and this was the very first season of Ally McBeal to be released on DVD. The fourth season had an average rating of 12.0 million ... more on Wikipedia

Ally McBeal - Season 4 IS LISTED ON