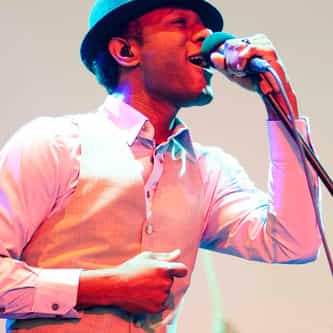 Egbert Nathaniel Dawkins III (born January 7, 1979), known professionally as Aloe Blacc (), is an American musician, singer, songwriter, rapper, record producer, actor and philanthropist. He is best known for his singles "I Need a Dollar", "The Man", which topped the charts in the United Kingdom, and for writing and performing vocals on Avicii's "Wake Me Up", which topped the charts in 22 countries, including Australia and the United Kingdom. Aside from his ... more on Wikipedia

Aloe Blacc IS LISTED ON