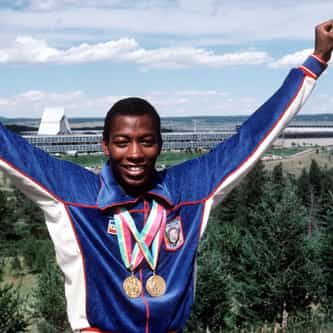 Alonzo C. Babers (born October 31, 1961) is an American former athlete, winner of two gold medals at the 1984 Summer Olympics, in the 400 m and the 4 × 400 m relay.Born in Montgomery, Alabama, Alonzo Babers was a military dependent who graduated from Kaiserslautern American High School in then-West Germany. He attended the United States Air Force Academy from 1979 to 1983, graduating with a major in aerospace engineering, where he ran track and played one season of football. The ... more on Wikipedia