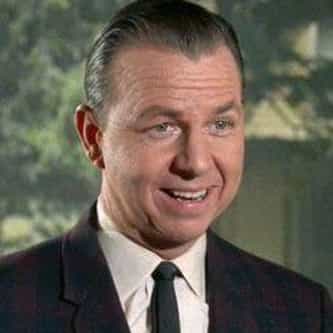 Jack Alvin "Alvy" Moore (December 5, 1921 – May 4, 1997) was an American light comic actor best known for his role as scatterbrained county agricultural agent Hank Kimball on the CBS television series Green Acres. His character would often make a statement, only to immediately negate the statement himself and then negate the corrected statement until his stream of statements was interrupted by a frustrated Oliver Wendell Douglas portrayed by Eddie Albert. One such statement was, ... more on Wikipedia