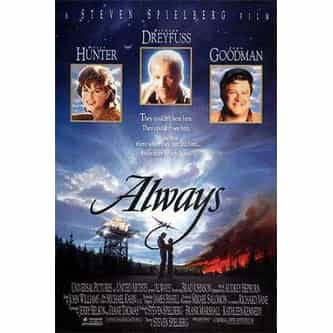 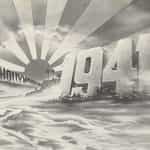 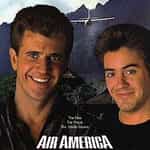 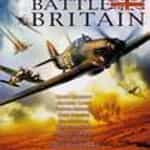 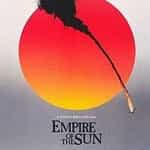 Always is a 1989 romantic drama film directed by Steven Spielberg, and starring Richard Dreyfuss, Holly Hunter, John Goodman, introducing Brad Johnson and featuring Audrey Hepburn's cameo in her final film appearance. The film was distributed by Universal Studios and United Artists. Always is a remake of the 1943 romantic drama A Guy Named Joe, although Spielberg did not treat the film as a direct scene-by-scene repeat of the earlier WWII melodrama. The main departure in plot is altering ... more on Wikipedia

Always IS LISTED ON