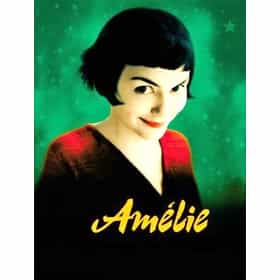 Amélie is a 2001 romantic comedy film directed by Jean-Pierre Jeunet. Written by Jeunet with Guillaume Laurant, the film is a whimsical depiction of contemporary Parisian life, set in Montmartre. It tells the story of a shy waitress, played by Audrey Tautou, who decides to change the lives of those around her for the better, while struggling with her own isolation. The film was a co-production between companies in France and Germany. Grossing over $33 million in limited theatrical release, it is still the highest-grossing French-language film released in the United States. The film met with critical acclaim and was a major box-office success. Amélie won Best Film at the ... more on Wikipedia

Amélie is ranked on...

Amélie is also found on...