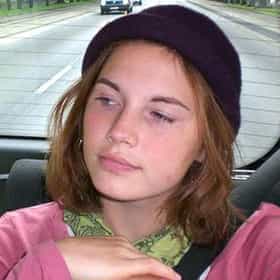 Amanda Marie Knox is an American woman wrongly convicted of the 2007 murder of British student Meredith Kercher in Italy. Knox, together with her then boyfriend Raffaele Sollecito, was initially found guilty of the murder, which was allegedly sexually motivated. A third suspect, Rudy Guede, was also convicted of the same crimes in a separate, fast-track legal process. Later while appealing his sentence, Guede identified Knox and Sollecito as accomplices to the murder. However, both Sollecito and Knox maintained their innocence. On March 27, 2015, some seven-and-a-half years after their arrest, Italy's highest court overturned previous convictions and exonerated Knox and Sollecito of ... more on Wikipedia

Amanda Knox is ranked on...

#46 of 49 People We Loved to Hate in 2011 2.7k VOTES The people we loved to hate in 2011 includes those that irritated us on reality television, those that refused to understand...
Celebrity Halloween Costume Ideas 119.7k VIEWS Celebrity Costume Ideas, perfect any time of the year (not just Halloween)! While most of us cannot be celebrities in real l...

Amanda Knox is also found on...